HomeUno sguardo enRepublic of North Macedonia towards UE and NATO

Republic of North Macedonia towards UE and NATO 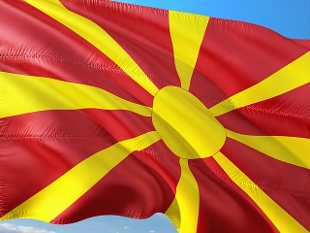 North Macedonia has come a long way towards EU integration since its independence in 1991, when it chose the name of the Republic of Macedonia, triggering Greece’s claims, as well as vetoing the entry of the new Republic into NATO and in the EU.

Friday the 11th of January 2019, after 18 years of dispute and attempted agreement, “with 81 votes in favor out of 120, the Parliament of the Republic of Macedonia has approved the change of the name of the country in the Republic of North Macedonia, in keeping with its obligations linked to the bilateral Prespa agreement with Greece. Furthermore, the Assembly has ratified three other constitutional amendments, as requested by Greece.” As reported by OBC Transeuropa.

The parliamentary procedure was undertaken after the consultative referendum had not reached the quorum of 50% of the voters.

After the favorable vote of the Macedonian Parliament, Greece had ratified the pact and as reported on 25 January 2019 in The Post online “The Greek Parliament approved the agreement reached last June between Greek Prime Minister Alexis Tsipras and Northern Macedonian Prime Minister Zoran Zaev to change the name of Macedonia to ” Republic of North Macedonia”.

The agreement put an end to the dispute between the two countries that had been going on for almost thirty years, and that had prevented Macedonia from joining the European Union and NATO.

As reported by Agenzia Nova “The Republic of North Macedonia is preparing to become the 30th NATO member and will host at the Krivolak Macedonian training center” more than 2,700 military personnel from six NATO countries, the Decisive Strike exercise, which will take place from June the 5th to the 9th of June. What will begin in the coming days will be the largest military exercise ever organized by NATO in North Macedonia. The exercise aims to strengthen interoperability between the forces of Allied and Skopje countries.”

In the meantime, the position of the European Commission with regard to the Enlargement Policy was not long in coming. In the aftermath of the European elections, with the COMMUNICATION FROM THE COMMISSION TO THE EUROPEAN PARLIAMENT, THE COUNCIL, THE EUROPEAN ECONOMIC AND SOCIAL COMMITTEE AND THE COMMITTEE OF THE REGIONS 2019 Communication on EU Enlargement Policy, the European Commission invites Parliament to open accession negotiations.