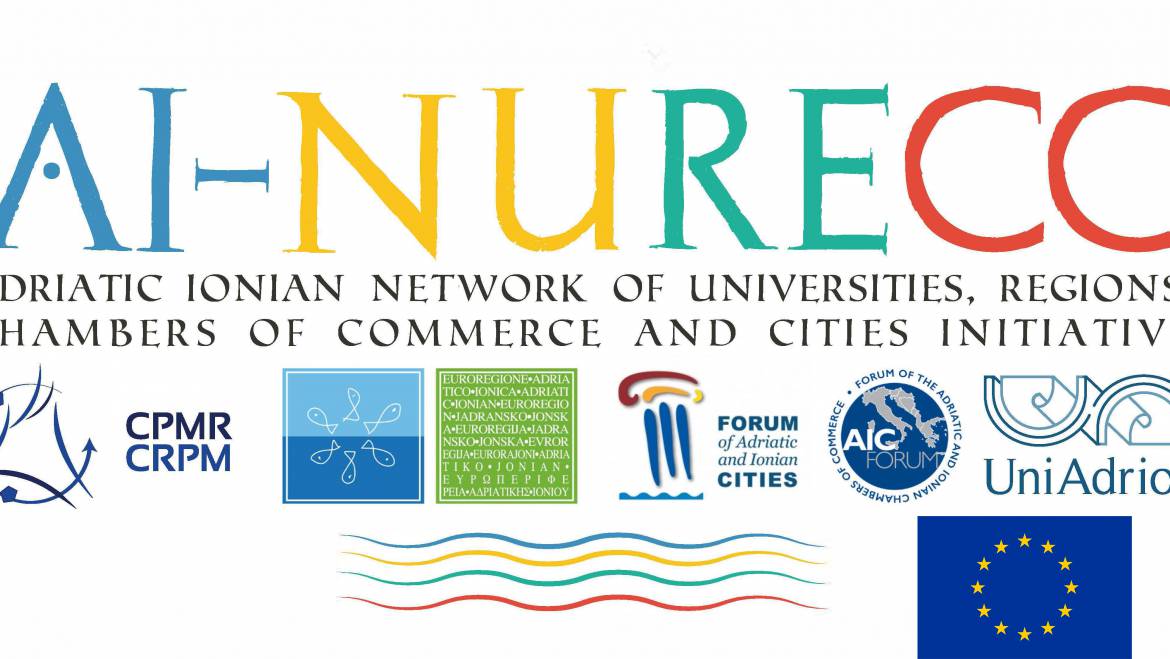 The CPMR, Coordinator of the AI-NURECC Initiative, organised the Final Conference on 4 December 2019, in Brussels, an event marking a key milestone in the implementation of this joint initiative among key stakeholders in the Adriatic-Ionian Region and paving the way for future, more enhanced cooperation. The AI-NURECC Initiative’s consortium and partners that had the opportunity to collaborate during the last two years, shared their experience and priorities and ideas for future cooperation with participants.

The European Commission’s Directorate-General for Regional and Urban Policy (DG REGIO) representative, Ms Joanna Mouliou, Policy Officer, on behalf of the Head of Unit of Macro-Regions, Transnational/Interregional Cooperation, IPA and Enlargement, Mr Jean-Pierre Halkin, referred to the main objectives of the Macro-Regional Strategies as bottom-up territorial approaches based on cooperation with the actors in the area, to improve economic, social and territorial cohesion, political leadership and ownership, coordination and implementation. 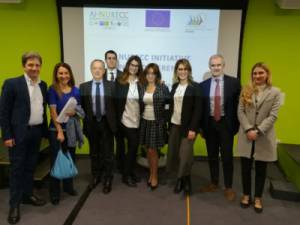 Ms Manuela Bora, President of the CPMR Adriatic-Ionian Task Force, Regional Minister of Marche (Italy) thanked the AI-NURECC Initiative for bringing the different stakeholders closer together, the European Commission for having funded it and expressed the hope that the Initiative will carry on for the next three years.

Mr Aldrin Dalipi, President of the Tirana Region and Deputy-President of the AIE, remarked how momentous AI-NURECC was in improving the Region’s involvement in macro-regional cooperation and renewed the interest in continuing collaboration with AI stakeholders.

AIE’s Secretary General, Mr Francesco Cocco, presented the results of four AI-NURECC events, which managed to target over 300 participants, half of which were young people.

Ms Anna Bosco, for the FAIC Presidency/City of Vasto (Italy), recalled the successful project activities in fields such as youth empowerment, sustainable tourism and AI cooperation, EUSAIR policies, EU inclusive sport policies, and confirmed the willingness to productively collaborate with the AI key organisations and stakeholders. FAIC was the first to inaugurate the activities in April 2018 with the international conference “The future is near. Europe for youth, culture and creativity in the AI Region”; through actions such as the institution of the AI-NURECC Direct Info Point or the massively participated EUSAIR Youth Games, it was able to reach a vast audience in the AI region as a whole.

Mr Michele De Vita, Forum AIC’s Secretary-General, remarked on the positive cooperation between the networks of Chambers of Commerce, Cities, Universities, and Regions of the Adriatic and Ionian area during the 18 months of the project and presented the results of the activities undertaken by the Chambers of Commerce network, specifically Sustainable Tourism and the Task Force on Cultural and Creative Industries.

Prof. Donato Iacobucci, Secretary General of Uniadrion, demonstrated how AI-NURECC was productive for collaboration between civil society (fora), Regional Authorities and EU institutions for the achievement of EUSAIR aims.